Have you ever seen those military signs you can customize with all the places you’ve been stationed? I’ve been stationed in many places that I made into our home. I’m constantly learning how cooking varies from region to region…and also how dishes vary. One of my favorite quirks from Derby, Kansas –right outside of Wichita, KS- is the Cinnamon Rolls. Believe it or not, the Derby High School served delicious cinnamon rolls right alongside their chili for years! Sounds strange? Not really! Think Mexican Brownies decadent with cinnamon, chili powder, salt and chocolate. Whether or not this quirky lunch stemmed from the Southwest or just a Midwestern quirk, Derby’s High School Alumni call it a tradition! Here’s the recipe that was printed by the Informer. While the rolls are no longer served as a part of school lunches, you can find them in doughnut shops, small cafes, and tea rooms throughout Derby and Wichita.

1/3 cup sugar (will be explained in directions)

Scald three cups of milk and add ¾ stick of oleo and vanilla. Beat 2 eggs and add them to the milk mixture AFTER it cools. In a big bowl, add yeast, ¼ cup of sugar and lukewarm water, allowing it to foam up. Add the milk mixture to the bowl, along with 1/3 cup sugar, 2 cups flour and 1 teaspoon of salt Mix well. Add the rest of the flour, mix well and knead the dough for about two minutes. Place the dough in a large greased bowl. Cover with wax paper and a tea towel and put in a warm place to let the dough rise. After doubled in size, punch the dough down and let it rise again. Roll out the dough on the floured surface.

Mix sugars and cinnamon together. Roll out 1/3 of the dough. Spread melted oleo on the dough and then sugar mixture over the top.  Roll the dough up into a log and cut into two inch slices. Place slices into a greased pan to rise again. Repeat until all of the dough is used. Bake the rolls at 325 degrees for 2 minutes or golden brown.

Mix all frosting ingredients together in a small bowl and spread over warming rolls. (Let rolls cool slightly or frosting will melt!) 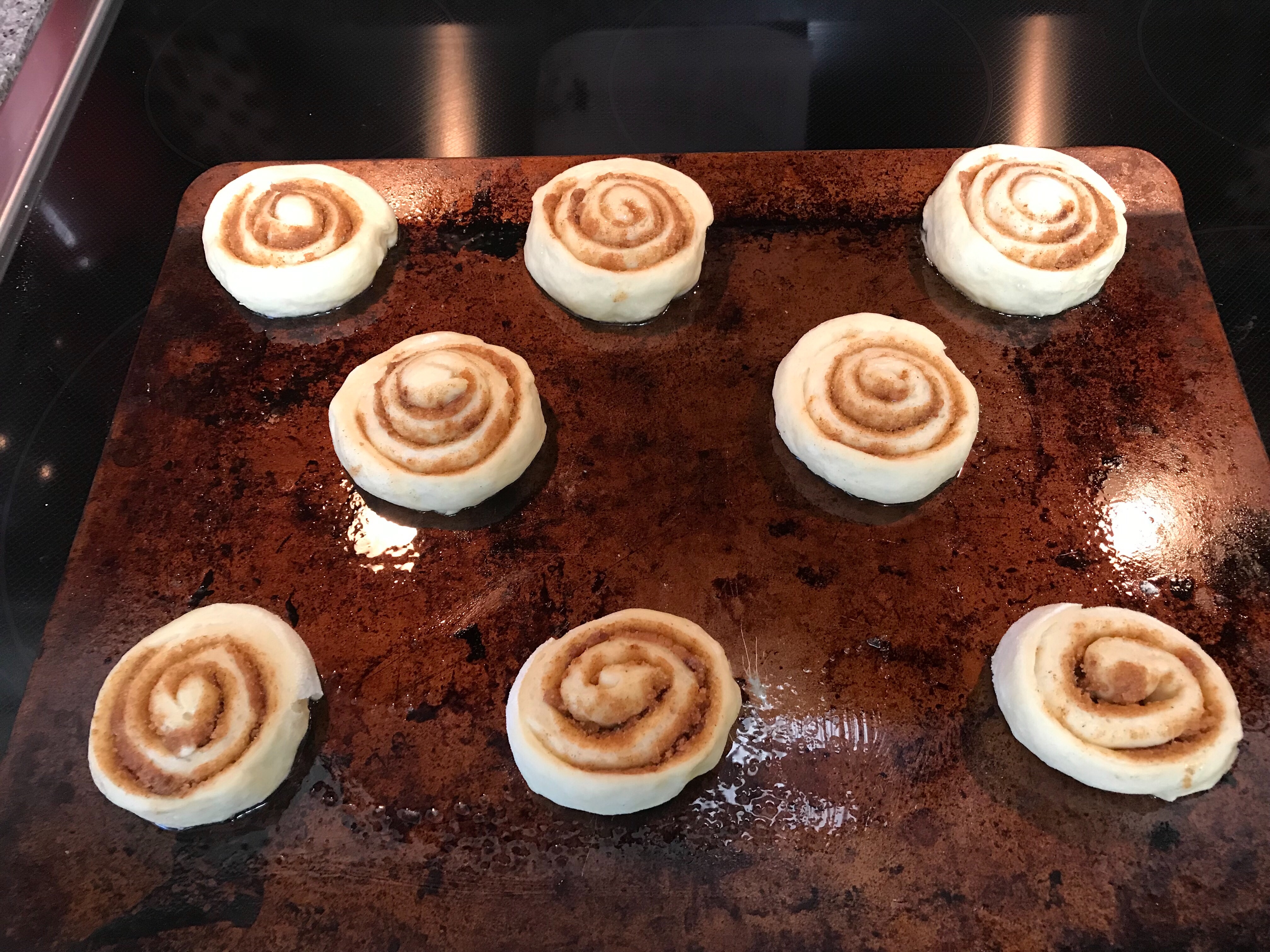 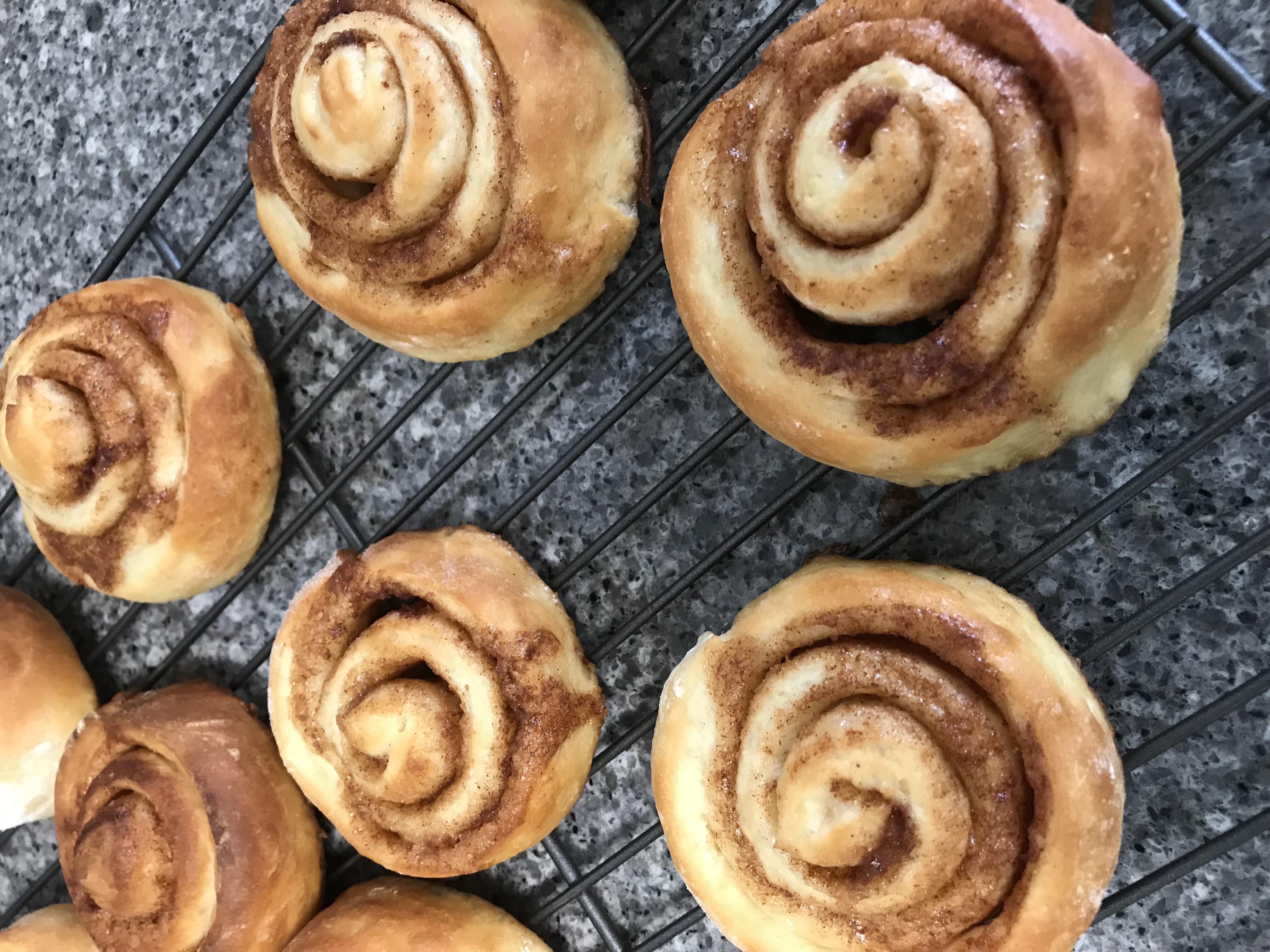