My daughter, who we will call Bluebird (her nickname), is 15 months old. Typically, she takes on the world fearlessly and filled with curiosity. She isn’t afraid of the dark and generally loves most people. She can pretend to be the scariest T-Rex one moment and a flying fairy the next. Bluebird can do anything with her furbuddy, Rebel, by her side.  Yet, when she was introduced to the green grass, she panicked! I mean trembling, teeth chattering fear and panic. The big red ball lying in our backyard frightened her even more… 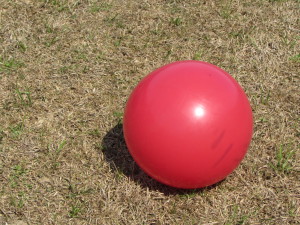 Now, I will admit Bluebird was born in the Winter and hasn’t been exposed to the outdoors very much. (at least not outside of a stroller or swing) I didn’t expect her to know what grass, etc is yet, but I did half expect her to explore it in her usual way…with brave curiosity. I was surprised to find her so shaken, but as a parent who only wants what’s best for her child, I decided we’d work through it slowly. I asked fellow parents, read articles and referred to books and they all basically said it’s a normal stage that affects 15-24 month olds and to gently push your toddler through it. I couldn’t find how, so I relied on my instincts (and made a few calls to my own mom). Here’s what we did….

1. Introduce the object your toddler is afraid of to your toddler. For instance, if your toddler is afraid of the grass, take them over to the grass, explain what it is and reassure them it is safe and unharmful. (“This is soft, green grass and we walk on it outside. Daddy mows it from time to time too. It won’t hurt you. It’s ok. It’s fun to play on. See?”) Ease your child onto the grass. They might react in a scared way, but that’s ok. They are learning what is “safe” and what is “not safe.” Another example would be the big red ball. Introduce your child to the ball, define what it is and how it’s used and assure them it is safe and won’t hurt them.

2. Let them get Acquainted. Let your child touch the grass or the ball. At this point, allow them to do anything they desire with the object other than eat it. They can tear grass out of the ground, throw it, stomp on it. Any interaction is their way of exploring the object and the only way they will get comfortable with it. 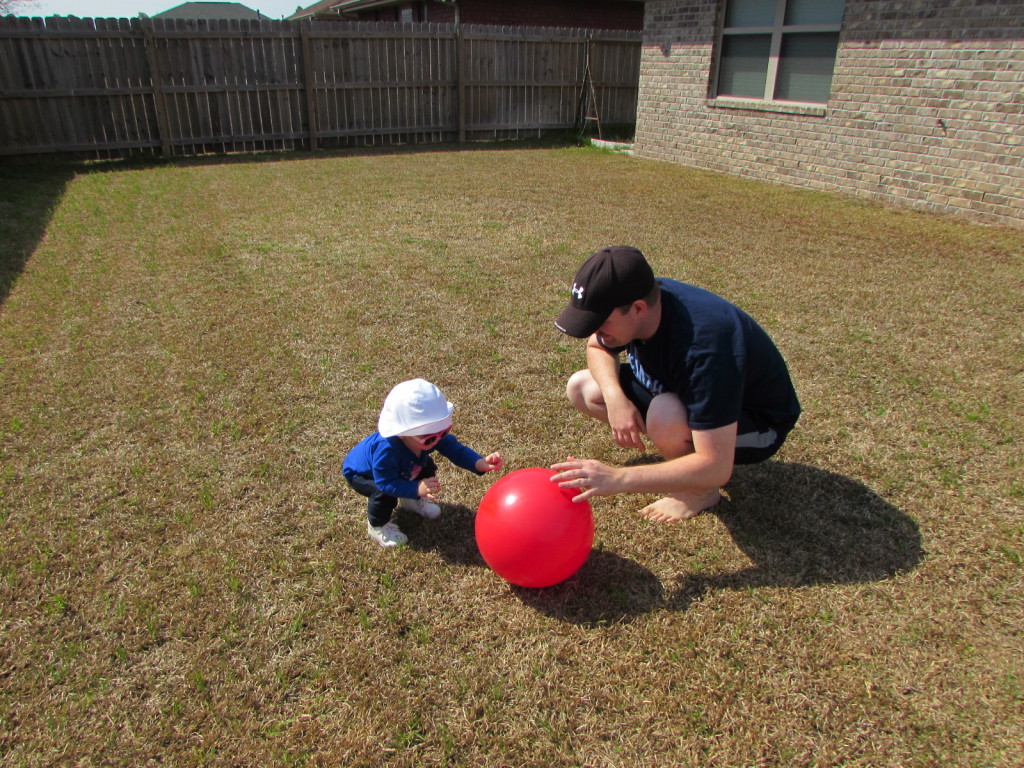 3. Teach them how to interact with the object properly. After your toddler has become acquainted with the object and is comfortable with it, it’s time to lay down some ground rules.  For instance, once Bluebird was comfortable standing on grass by herself, I showed her how to run on it, walk on it, chase her dog, Rebel, on it. All of a sudden something terrifying became fun and she decided to join in. 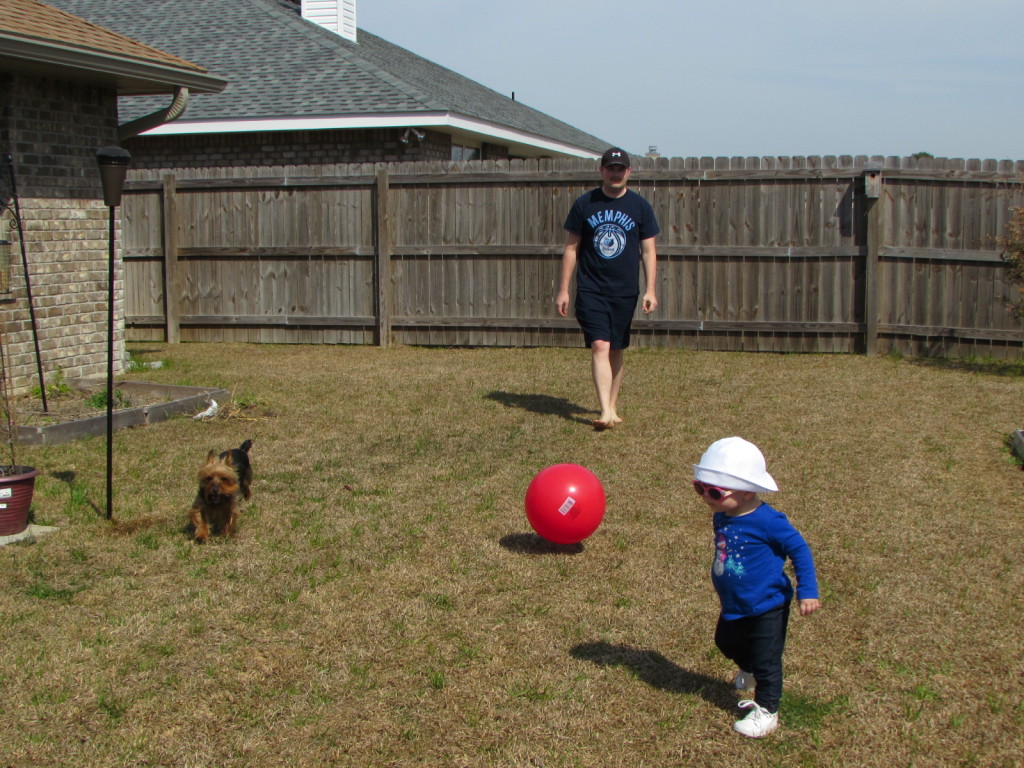 When it came to the big red ball, my husband and I taught her how to “roll” and “kick” the big ball. We started by showing her. We rolled the ball back and forth between each other and then Bluebird ran over and picked up the ball. She began to play too! With a little more instruction, she learned how to properly interact with the big red ball and is no longer afraid. 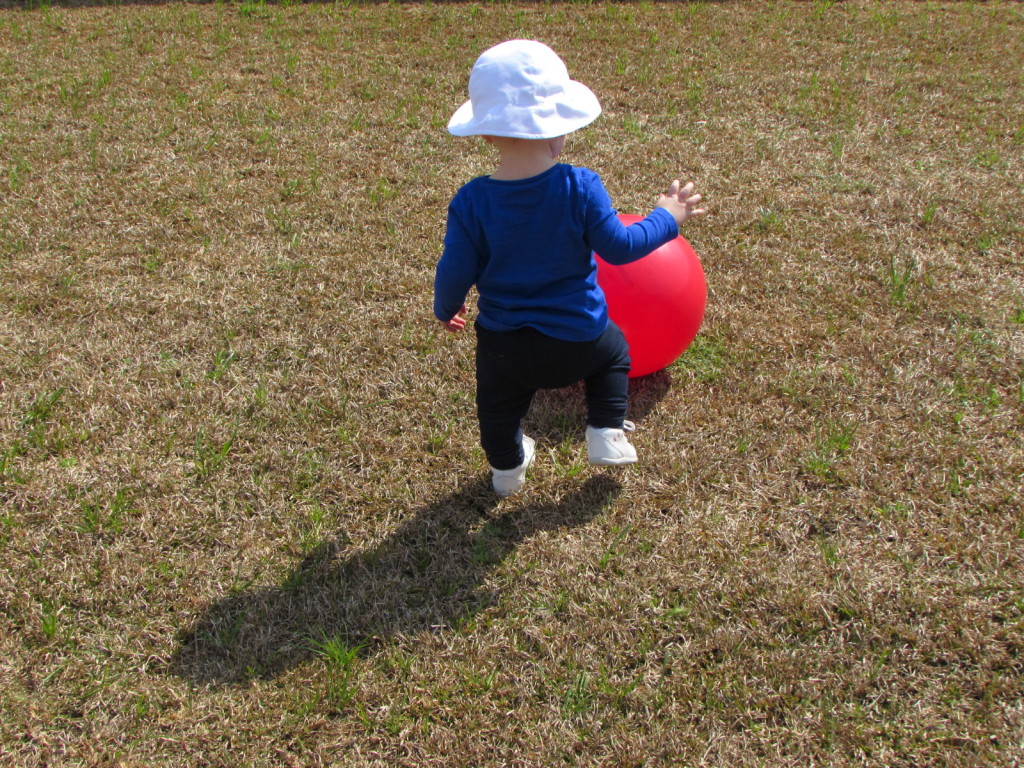 These three steps worked successfully in one day with Bluebird, but you might see some regression if there is time between your toddler’s first interaction and the next one. It’s ok! Repeat the three steps above and continue working with your child. They will come around in their own time.